Advertisements represent a very important part of newspapers: while selling goods and services to a specific audience, they also provide snapshots of the culture, objects, and traditions used in a specific location and time. In Chile’s case, English-speaking settlers in the nineteenth century shaped Chilean culture in notable ways. Ideas, cultural practices, and material goods circulated from one community to the other and back again, becoming embedded in each group’s identity and ultimately producing a hybrid culture.

ads, Advertisements, commodity life, showcase of British culture, Sports, use of graphic design, use of Spanish 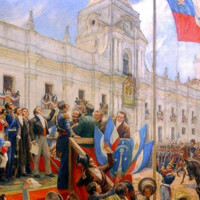 In this exhibit, we examine three Anglo-Chilean newspapers. Each bears witness to the unique factors that shape the foreign language press, which can be defined as periodicals published by a colony living in a host country and written in a foreign language (rather than the national language of their place of publication). At the same time, each of our papers captures a significant moment in the development of the Anglophone press worldwide.

Earthquakes in the Anglo-Chilean news

Chile has flourished in its culture, beauty and economy, yet its people have been fighting against natural disasters for decades--a fine quality that we would like to understand more deeply. In this exhibit, we present data from Chilean newspapers on many destructive earthquakes that happened from pre 19th to early 20th centuries in Chile, and the devastation they caused to this nation. As a result of shifts in the earth's tectonic plates, sequential earthquake shocks occurred in Chile in the years 1575, 1647, 1730, 1822, and 1906, leaving the nation with constant anxiety as well as damage to both human beings and facilities. 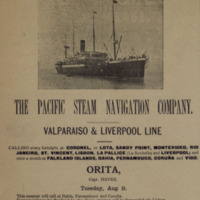 The Pacific Steam Navigation Company became a household word in South America in the nineteenth century. The company was the first to utilize steam ships commercially in the Pacific Ocean, connecting the Pacific coast of South America to the rest of the world.

After launching in 1840 with just two mail-carrying steam ships, Chile and Peru, the Pacific Steam Navigation Company was trading with Britain and Australia just a few years after its inception. It outlived the two World Wars and its legacy remains strong, with its in-house magazine, Sea Breezes, still published today. 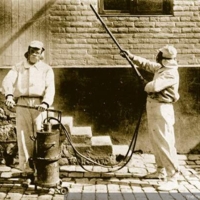 Across the 19th century and into the 20th, a series of epidemic nightmares swept Chile, causing enormous damage to the nation’s welfare and economy. Among the worst were pandemics that framed the long nineteenth century: the smallpox outbreak of the 1800s, and the plague epidemic from 1902 to 1907, both brought to the country courtesy of the boom in global trade that followed Chilean independence. These pandemics thus bear witness to the negative consequences of globalization, as increased interconnections with the rest of South America and Europe brought both welcome and unwelcome changes. 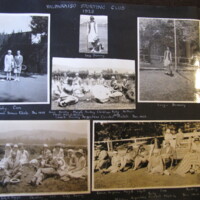