Earthquakes in the Anglo-Chilean news 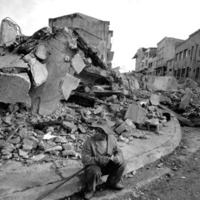 Chile has flourished in its culture, beauty and economy, yet its people have been fighting against natural disasters for decades--a fine quality that we would like to understand more deeply. In this exhibit, we present data from Chilean newspapers on many destructive earthquakes that happened from pre 19th to early 20th centuries in Chile, and the devastation they caused to this nation. As a result of shifts in the earth's tectonic plates, sequential earthquake shocks occurred in Chile in the years 1575, 1647, 1730, 1822, and 1906, leaving the nation with constant anxiety as well as damage to both human beings and facilities.